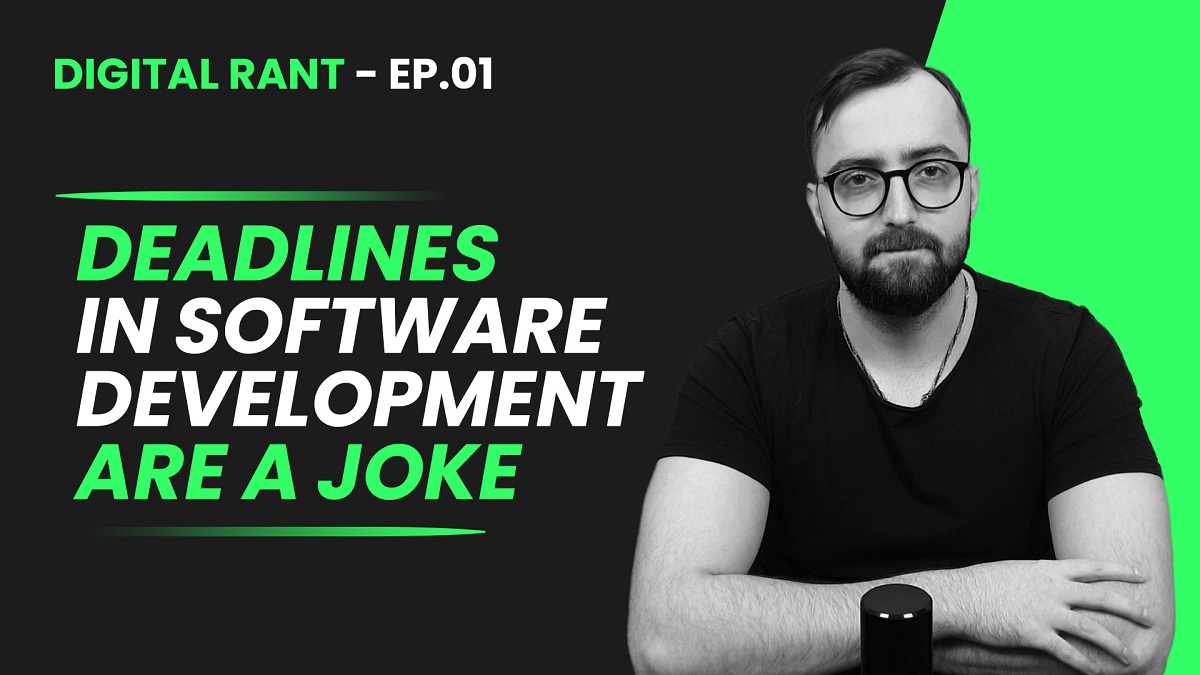 Only 36% of projects are deemed successful, meaning on time, within budget, and on scope. 19% of projects fail, and 45% are challenged significantly during development.

Here are the real reasons why three out of five software projects come in late. Let me explain where your money leaks out, and how to get the most value out of every resource.

There are six major mistakes that clients tend to make when employing the services of a software development agency.

You now have some insights into why 60% of projects turn out later than a Mad Hatter during rush hour. You also have the necessary tools to prevent such delays. You no longer depend on anyone for your project’s success, hopefully saving you a lot of time, money, and grief.

If you need help with your software challenges, book a free strategy call with Adi, Neo Vision’s CEO.

👉 Make sure to check out our Digital Arbiters Facebook Group https://www.facebook.com/groups/digit…

🐦Reach out and check our work: https://neovision.dev/work

Get our latest insights into your inbox.

PS. We have some goodies for you.