All You Need to Know About Web 3.0. The Future Iteration of our Internet Should be Even Freer and a lot More Immersive

Hi, there! I’m Alex from Neo Vision, and today I will talk about how the Internet started, evolved, and almost reached its final iteration. I will also tell you what Web 3.0 is, why it matters and how it will impact our future.

The Internet was a fundamental turning point for every person alive today. Starting with 1990, everyone everywhere could get access to information from anywhere in the world. But, there were hardly any content creators and many more content consumers.

Few people know how the concept of the Internet appeared and what it was initially designed for. In the early 1970s, during the Cold War, scientists from ARPANET (USA) and Cyclades (France) were concerned about a nuclear attack. They decided to collaborate to create a network of networks. In 1977, TCP/IP – the protocol that made communication between different networks possible was put into operation. This was an essential milestone in the Internet’s evolution.

This is where it all started: Web 1.0, where the absence of interactive elements led to the name of the “read-only” Internet. Every beginning is fascinating, and so were the first initiatives to democratize the Internet. Projects like GeoCities allowed everyone to create and publish websites for free and to browse user-created websites by their topic or interest. In 1999, it was supposedly the third-most visited site on the Internet.

Naturally, more and more people wanted to produce content and interact with others (and their content). That’s how, in 2004, two significant catalysts started the second stage of the Internet’s revolution. With the creation of Facebook and Google’s Initial Price Offering (IPO), the internet (read-write web) as we know it today (Web 2.0) started to take shape.

Web 2.0 was not a new technical solution but a new approach to designing and using internet pages. It is also called the participative social Web for a reason. The near-ubiquity of mobile devices allowed for a lot more user-generated content than ever before, setting the scene for an interactive social media dialogue and an “always connected” state.

Unlike the first iteration of the Web, which was decentralized and community-governed, Web 2.0’s value (i.e., data) is amassed by a small group of companies like Facebook, Amazon, Apple, and Google. This is where Web 3.0 (also known as “Web3″) comes to the rescue.

The concept of Web 3.0 isn’t new. It evolved naturally at the same time with technologies like Artificial Intelligence, Blockchain, and Big Data.

You can think about Web 3.0 as a digital Robin Hood. It aims to take the power from the big tech corporations and distribute it to the communities that need to be incentivized and rewarded for building and improving the open protocols of the future.

Why is it important?

Centralized products and platforms have helped billions of people to make their voices heard, faces recognized, and businesses succeed. Although the users played a huge role in those products’ triumph, they didn’t get the chance to own and monetize their data, choose the upcoming features, or decide who brought value and who did not. Furthermore, they can even get de-platformed if the developers or algorithm decide.

It is essential for startups, creators, and other groups to have non-censorable, democratized, and decentralized platforms to continue developing and maintaining open-source software that empowers their peers rather than companies.

The technological innovations behind each version of the WEB?

By design, blockchains are fully transparent. That is a feature, not a bug, but it could be a limitation in some cases. For example, someone could track your wallet’s address and transactions and try to front-run you.

At its core, blockchains are meant to give users ownership and control over their data and assets: tokens, art, domain namespaces, you name it. But how do they enable that? The latest innovations in terms of blockchain privacy (zero-knowledge proof) make it possible to prove that a piece of information is accurate without giving it away. That means you could confirm that you know your password on a website without actually storing it on their servers.

This technical solution can address even more problems than only privacy. With zero-knowledge proof, the risk of someone mishandling your password and getting it compromised is zero because the password is hashed on your device. Furthermore, applications that use zero-knowledge are faster, and their users could be more open to sharing pieces of information with specific parties, such as regulators, due to the fact that they still own their data.

Decentralization is not a new concept but a core one in Web 3.0.

Not all blockchains are decentralized. Depending on what the users need, a blockchain may or may not include certain levels of decentralization.

Decentralized finance aims to offer financial services to anyone without the need to interact with a financial institution and to empower the individual to own and control his money truly.

The purpose is to leverage the blockchain’s core attributes (open, trustless, permissionless, transparent, and peer-to-peer) to create an ecosystem of decentralized applications (DApps) that rely on smart contracts’ immutability to provide services like:

DeFi is just getting started to make an impact in the real world by helping people fight inflation or send money fast and cheap anywhere around the globe. But, it is still an unregulated environment, so one should be aware of scams, possible software bugs, or hardware failures. Furthermore, banks are no strangers to the DeFi movement and the risk it is for their business model. So, they will not stay on the sidelines but try to make money out of it too.

If you are the average internet consumer, there is a big chance you’ve heard about the NFT craze that started in 2020.

Simply put, NFTs are unique digital assets that are born and live on the blockchain that could have a physical equivalent.

NFTs’ property to take so many forms made them so attractive to retail investors in the first place and venture capitalists in the second place.

This powerful blockchain use case came to the artists’ rescue when they were heavily affected by the Covid-19 crisis.

Right now, every artist with an internet connection can:

For the first time, NFTs made it possible for everyone with an internet connection to collect and own digital art, having at the same time an immutable proof of ownership with the help of blockchain.

Soon, your NFTs will define your online presence. They will say something about you, your reputation, and your social status. After Millennials comes a generation of digital natives who live a double life – real and virtual. I expect they will want (soon enough) to show off their style, originality, and worth inside a metaverse. They will likely have their virtual business card that will be important to them.

Even if we see their utility or not, NFTs will play a more and more essential role in Web 3.0 and its economy.

Web 3.0 is about creating better digital experiences for users and a new economy based on data and digital assets – the creator economy.

The next iteration of the internet could not be complete without gamers. They spend a lot of time and money in the online environment. Gamers are likely to be a driving force in developing Web 3.0.

Play-to-earn aims to replace the pay-to-play format while preserving what makes a game great: features, graphics, gameplay, and using DeFi’s attributes like staking, trading and lending to create new revenue streams for gamers.

This new concept of an open economy proved its utility when people in the Philippines, Venezuela, and Columbia lost their jobs due to the Covid-19 pandemic and began playing the blockchain game Axie Infinity full-time to provide for their families. Entire families were playing Axie in eight to twelve hours shifts.

Moreover, gaming studios realized that the play-to-earn business model could become in no time a competitive edge. Their developers couldn’t deliver as much content as the users did.

Another application that is changing the future of our online experiences is network governance. Through an on-chain democratic vote, communities will decide the fate of the platforms they are using, be it gaming, social media, DeFi, or Decentralized Autonomous Organizations (DAOs).  They will establish which information is useful and which is propaganda or fake news, which users are bringing value and which are only trolling, spamming, and shilling, what futures should be implemented and in what order, or any other decision that will influence the development and growth of the ecosystem.

As you can imagine, the metaverse aims to be the virtual equivalent of the real, physical world. You can think of it as an internet that you can immerse in, rather than just watching it.

At first, the Metaverse was just another way of escaping the day-by-day reality. But, it is getting closer and closer to being the place where Web 3.0 happens.

Surprisingly (or not), the pandemic accelerated the innovations in the Web 3.0 space, making the use cases more fitting in the everyday context.

In 2023, people are more inclined to enter the Metaverse to:

As the Metaverse’s final goal is to mimic real life, it couldn’t be complete without brands creating mesmerizing branded experiences, opening virtual showrooms, or partnering with virtual influencers.

But now, the Metaverses (mostly the decentralized ones) are like the Wild West. It has little to no regulations, and it faces the same problems as Web 2.0:

Moreover, we shouldn’t forget the technical hurdles like scalability, computing power, security, and interoperability between Metaverses that developers still need to work out.

Even though the most popular metaverses like Fortnite and Roblox are centralized, decentralized platforms like The Sandbox and Decentraland are making their way to the top, the proof being brands that acquired their virtual properties in the decentralized metaverse.

There is no doubt that is a long way to go until the boundless virtual world we have read about becomes a realistic, seamless, interactive, and immersive experience. But the exponential development and adoption in recent years proved to us that the metaverse isn’t just a buzzword anymore, and it could become the place that our successors would prefer over everyday reality.

With each passing day, we are getting closer and closer to a better Web, where people could opt for more autonomous, interactive, and personalized experiences. Our income and online presence will depend less on centralized entities, products, and platforms, and we will have more privacy and control over our data.

There is no doubt that the technological innovation behind Web 3.0 is a monumental shift in the way we interact with the people and devices around us. Individuals are more incentivized than ever to work together for a more democratic, fair, and transparent version of the Web available to anyone.

For now, Web 2.0 is here to stay and will continue to co-exist along with his younger, more relaxed, and fast-growing brother Web 3.0. 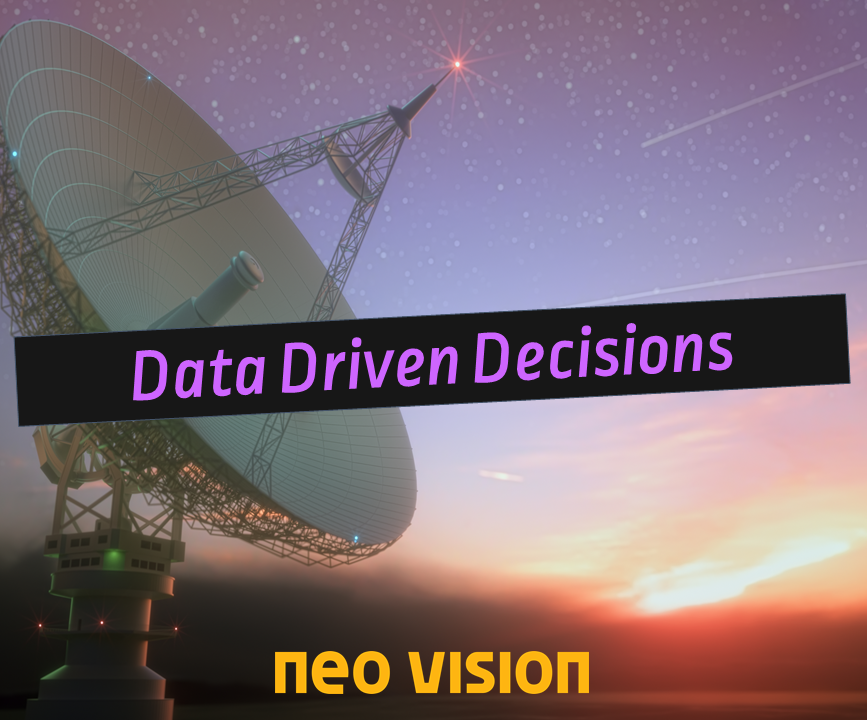 Making sure your next move is a good one is always an anxiety-ridden process, especially for a CEO of an e-Commerce platform.